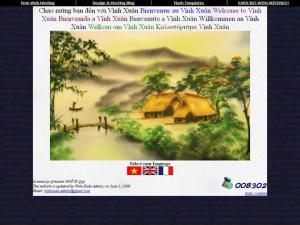 To view map please enter the latitude and longitude of your school on the page content editing.

Vĩnh-Xuân Quyền is the name of the Chinese Martial Arts Wing-Chun Kuen, written in Vietnamese (widely called "forever spring" by Vietnamese practitioners). It is a Southern Chinese Martial Arts, one of the branches of the generic term Kung-Fu originated in the Temple of Shaolin which was built in 19th calendar year (495) by the Emperor Wei Xiao Wen (471-500).

Vĩnh-Xuân is a direct, scientific and clinical style of fighting, in which the attacker is quickly overwhelmed by speed and power. Being a martial arts, the fighting aspect is only one part of the whole system, and emphasis is also placed on physical and mental relaxation and health. The relaxation can benefit the practitioners every day in our stressful society.