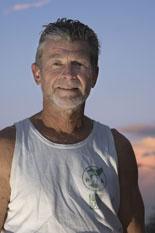 On February 24th, 2008, Sifu Phil was recognized for his continued contribution to Wing Chun Pai by being advanced to sixth level level Sifu by Sifu Jerry Gardner.