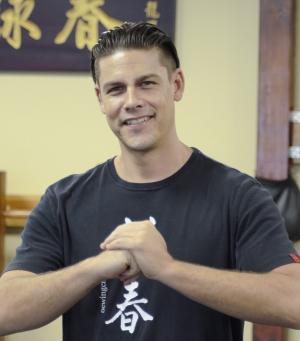 It’s been 23 years since I began practicing Wing Chun. I’ve trained thousands of students over the years through my Wing Chun schools, workshops and private lessons and I’ve seen the same mistakes over and over again… all common mistakes beginning Wing Chun students make!

I want to quickly share with you today simple mistakes beginning Wing Chun students make to help you progress quicker and more efficiently:

1. NOT FOCUSING ON ONE THING AT A TIME
Beginner’s try to learn too many things from too many sources. They dilute their efforts by distracting themselves from the specific task at hand. Learning should be very specific, one clear thing at a time. Success demands singleness of purpose. You need to be doing fewer things for more effect instead of doing more things. Those students who trust in the process and concentrate on learning one thing at a time are the ones who guarantee progress.

2. NOT PRACTICING AT HOME
You don’t learn Wing Chun, you “become Wing Chun”. Wing Chun has the power to make you do things others can only dream about. You must decide to become obsessed with it. This is how it flows into everything you do (practicing at home is just one of those things). When Wing Chun becomes an obsession, you are then living “The Kung Fu Life”. Practicing is no longer something you have to do, it is something that helps you feel right.

3. NOT HOLDING YOURSELF ACCOUNTABLE FOR COMING TO CLASS
Hold yourself accountable by (1) letting your sifu/coach know when you will be coming to class and keeping them on the same page by texting them when you can’t. If you miss a class do your best to come to a make up class. (2) You also need at least one more person to help you stay accountable. For many, it’s a spouse that helps remind them of how important this journey is to them, or it could also be a friend you see often. Some get a friend to join shortly after them and so they can hold each other accountable. Stop trying to take on the world by yourself. Do what successful students do and surround yourself with a team that will hold you accountable!

4. GOING TOO FAST AND HARD
Beginner’s often think going fast and hard will help them apply quicker. They couldn’t be more wrong! Wing Chun is about development of higher levels of awareness. Application is simply a byproduct of developing a feeling in your mind, body and nervous system of what success means. This means developing the feeling of positions of power, not participating in the struggling force of others and developing the ability to be calm under pressure. Going too fast and hard is just one example of not accepting that true application will never come before true development.

5. BEING MECHANICAL
When you are learning something new it’s not fluid, it’s awkward. It takes training. To get fluid requires repetition. You don’t want to be rigid and robotic. Being good at Wing Chun takes practice, drilling and you need to role play scenarios. Beginner’s must be willing to practice enough in order to free themselves from this rigidity.

To become truly good in Wing Chun you have to know the art. The lack of commitment to Wing Chun is the biggest missing ingredient in students getting what they want. You must develop true skills through hard work because you aren’t born with them.