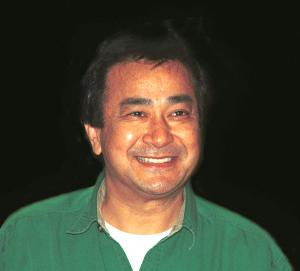 
Grandmaster Chan started training in 1955. Before leaving Hong Kong for America in 1960, he trained intensively for 12-16 hours a day, 7 days a week, for 9 months under Yip Man's close guidance.

Grandmaster Chan Kam Shing (Christopher Chan) was born in Hong Kong in the Year of the Dragon. As a teenager, he trained in local recreation center learning basic kung fu exercises. One day in 1955, a friend invited him to witness a kung fu challenge match on a rooftop in Hong Kong. It was there that he saw Wing Chun Kung Fu for the first time. He was so impressed with the effectiveness of the system that he immediately sought to become a student of the late Great Grandmaster Yip Man.

At Yip Man's Hong Kong School, the young Chan met and trained with Bruce Lee. When Bruce left for America, he kept in touch with Grandmaster Chan. Bruce wrote a letter telling Grandmaster Chan how the American public knew nothing about Chinese martial arts. He also mentioned how easy it was to obtain students and earn a living teaching because of Wing Chun's superiority to the other arts taught in America. He advised Grandmaster Chan to apply for immigration to the United States so that he too could simultaneously attend college and earn a living teaching kung fu.

Grandmaster Chan left for America in 1960. Before leaving Hong Kong, he trained intensively for 12-16 hours a day, 7 days a week, for 9 months under Yip Man's close guidance. After arriving in San Francisco by boat, he earned a living teaching Wing Chun while studying engineering in college. He earned his degree in mechanical/structural engineering and began his career as a Mechanical Engineer. Over the past 40 years, he has taught privately and semi-privately, maintaining a low profile yet establishing a well-respected, worldwide reputation as an extraordinarily powerful and knowledgeable martial artist.

Grandmaster Chan was the first Chinese instructor to teach the Chinese martial arts to the American public at a time when it was always kept very secretive and hidden from the public eye. Chan's first American student was a notable U.S. Olympic Judo Team silver medallist, the late Professor Bill Paul. During the 1960's, Grandmaster Chan and his friend Bruce Lee introduced and spread the popularity of the Wing Chun system throughout the San Francisco Bay Area. They visited many martial art schools (Japanese/Korean karate and Chinese kung fu), challenging the instructors to friendly tests of skills, and would successfully defeat each one, demonstrating the power and effectiveness of the Wing Chun system. They rapidly earned the reputation of being the unbeatable young Hong Kong Chinese sifus. More than forty years later, their reputation still lives on.