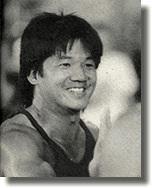 Sifu Francis Fong has over 35 years of experience in Wing Chun Kung Fu, and is recognized as one of the top Wing Chun instructors and martial artists in the world. In addition to actively teaching st END_OF_DOCUMENT_TOKEN_TO_BE_REPLACED
primary teacher/lineage
Teacher Name
Rank Sifu Fong Obtained
Still Affiliated?
Jiu Wan (Chiu Wan) 招允
3b. Disciple (Formal. Mastered entire system as taught by teacher).
No

Sifu Francis Fong has over 35 years of experience in Wing Chun Kung Fu, and is recognized as one of the top Wing Chun instructors and martial artists in the world. In addition to actively teaching students at his academy, Sifu Fong has trained both amateur and professional fighters for competition, appeared in movies and television, and traveled both internationally and throughout the U.S. to teach his highly regarded martial arts seminars, as well as conducting innovative business leadership and motivational seminars for major corporations. Originally from Hong Kong, Sifu Fong began training in martial arts training at the age of 12 years old. The promise of competition first attracted him to a Tae Kwon Do school, as well as Judo and WuShu. Several years into his martial arts training, his school friend Sifu Jason Lau introduced him to the art of Wing Chun Kung Fu. He was selected into a closed-door school led by Sifu Jiu Wan, a well-known instructor who had immigrated to Hong Kong from Southern China. Sifu Jiu Wan and Yip Man (considered by many to be the father of Modern Wing Chun as well as Bruce Lee’s Wing Chun instructor) studied martial arts together at the Jing Mo Guen in Foshan. It was considered one of the most elite institutions in southern China, dedicated solely to the highest levels of martial arts training. Yip Man left early, completing the Wing Chun system elsewhere, and was the first to teach Wing Chun in Hong Kong. Sifu Jiu Wan went on to become a teacher at the Jing Mo Guen. When the communists came to China, Sifu Jiu Wan went to Hong Kong and joined Yip Man's organization. Sifu Fong describes his early training under Sifu Jiu Wan as very traditional and old-fashioned training, with a LOT of sticky hands training (Chi Sao). In 1973, Sifu Fong came to the U.S. from Hong Kong in search of new opportunities. He first went to college in Canada and then to Connecticut for work. On the weekends and summers he would travel down to New York City to train with his Wing Chun brother, Sifu Jason Lau, who a few years earlier had come to New York. A few years later, in 1975, Sifu Fong moved down to Atlanta, GA and soon after established his own school teaching Wing Chun Kung Fu in 1976. In 1981, Sifu Fong was asked by film coordinator Bobby Bass to help choreograph the fight scenes for the movie Sharkey's Machine. It was during this filming that he met up with Sifu Dan Inosanto (Bruce Lee's well-known student and successor). This led to a lifelong friendship with Sifu Dan and a sharing of their mutual respect and interest in the martial arts. Sifu Fong says of him, "I respect him not only as a martial artist and teacher, but also for his attitude and philosophy." Sifu Dan later introduced Sifu Fong to Ajarn (Master) “Chai” Sirisute (the first native Thai instructor to offer Thai boxing in America). These associations sealed his move into exploring his material by mastering other systems. Throughout the years, Sifu Fong’s open-mindedness and desire to explore other arts led him to include Filipino Kali, Jeet Kune Do, Muay Thai and Grappling arts, such as Brazilian Jiu-Jitsu and Shooto, alongside of the Wing Chun curriculum taught at this Academy, along with hosting some of the top authorities in those arts for seminars here in Atlanta. Sifu Fong is currently the ‘Georgia Representative’ for Guro Dan Inosanto with full ‘Senior Instructor’ rankings in both Filipino Martial Arts and Lee Jun Fan Gung Fu and Jeet Kune Do. Additionally, Sifu is an Instructor in Muay Thai and is recognized as the ‘Director of the Southeastern Region’ for the Thai Boxing Association of the U.S.A., under the direction of Ajarn Chai Sirisute. Sifu Francis is an honorable member of the Defensive Tactics Instructor Association of the state of Georgia, and has been a certified ‘Head Police Defensive Tactics Instructor’, whom has trained police officers, S.W.A.T. teams, and “Fort Benning Rangers” in close quarters tactics. Due to his diverse background and experience, the U.S. Army sought his help in updating Army training manuals to include principles in the arts of Wing Chun, Muay Thai and Filipino Kali. He maintains ‘Special Deputy Sheriff’ classification in the Training/Special Operations Division in the state of South Carolina.