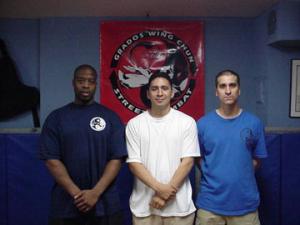 
Sifu Grados began his Wing Chun training in 1976. His unique street fighting skills enabled him to progress quickly in the system and to successfully apply his Wing Chun in real life situations.

It was at one of these seminars in 1986 that he met Master Augustine Fong of Tucson Arizona and became his student. It was Master Fong who taught the finer concepts and principles of Wing Chun to Sifu Grados.

Sifu Grados is currently appearing regularly on public access TV. He has also appeared twice on the 10 o'clock evening news on WPIX. He has a successful video titled Through The Years which has been advertised through Inside Kung-Fu Magazine.

He is currently teaching at his studio in New York City as well as giving private lessons and seminars.