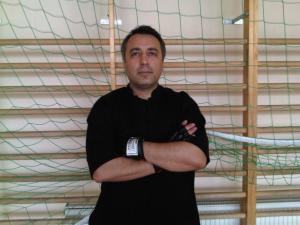 
Murat Kaplan began to practice martial arts with TKD. He started to practise Kung-Fu with his first master Sifu Nevzat Bayrak. Throughout his Kung-Fu studies he practised a Southern Chinese family system (a combined system of 5 southern styles) for 18 years before his master's thesis defence in 1994.

Having completed his early period trainings, Murat Kaplan was entitled Sifu and given full authority of teaching his own students. While he was away from his country for his academic studies, Sifu Kaplan had a chance to become a member of 'Fong's Wing-Chun Gung-Fu Federation'. During his martial arts trainings, Sifu Kaplan practised Kung-Fu with several masters like Sifu Yen Chien (Ip Man's nephew Lo-Man-Kam's student); and Chi-Gong and Tai-Chi with prominent Shaolin monks Grandmaster Shi-De-Wei and Master Zheng-Xiaohong.

In March 2010 Sifu Kaplan was accepted to the 'Traditional Ip Man Wing-Chun' lineage under Grandmaster Samuel Kwok following a Bai-Si ceremony in Portugal.