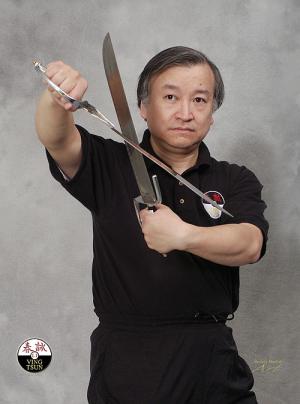 
Born and raised in Macau, Master Li had the opportunity of learning many styles of martial arts from different famous masters starting at a very young age. Aside from Wing Chun (Ving Tsun) and Yang Taiji, Master Li has studied other styles of Taiji, Kung Fu, Hung Sing Choy Li Fut, Qigong, and Karate. After completing his high school education, he attended college in the United States and obtained his B.S. in Business Administration and Operations Management, as well as an M.B.A. with Finance and Marketing emphases.

Master Li studied Buddhist Qigong briefly and decided to focus on the training of Taoist Qigong, especially, in the Congenital One Element Qigong. He is skillful in Qigong healing and Fung Sui (Feng Shui) and is the Honorary Advisor to the Society Fung Sui Cheong Shong Ming Lei of Macau since 1992.