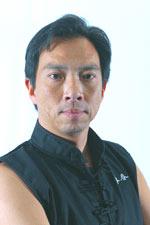 Sifu Ng was born and raised in the small city of Macao in Southern China. He received his primary and secondary education at the Yuet Wah College of Macao, a school famous for both academic and athletic excellence. It was also known to have many good Wing Chun fighters among its teachers and students.

In 1973, Sifu Ng was introduced by his classmates to Master Ho Kam Ming. He was accepted as a Disciple by Master Ho into the Macao Wing Chun Athletic Association and began his Wing Chun training there. In 1982, he came to the United States and in 1987 moved to San Diego from Washington, D.C. All during this period of time, he continued to practice Wing Chun diligently and conducted research in the system. Then, in 1989, he returned to Macao and trained intensively under Master Ho for nearly two years to refine his skills before returning to San Diego in January, 1991. It was during this period of time that he was instructed by Master Ho to accept students of his own and to pass on the Wing Chun system.