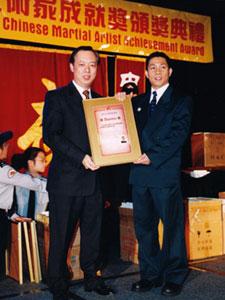 Sifu Sonny Le (Master Le) was born in 1970 in the South of Viet Nam. He has been studied Martial Arts since the age of 10. He had achieved his 2nd Degree Black Belt in Tae-Kwon-do as the age of 16.

Sifu Le came to Canada in 1992 and had been actively practicing and starting his Martial Art teaching career since then.  He had continued his Wing Chun study under lineage of Master Yip Man > HoKamMing.

In February of 2000 Sifu Sonny Le (Master Le) had been certified at Sandan (3rd Dan) by the  International Ryukyu Kobudo Federation in Toronto, Canada for the Weaponry Division after he had helped to train a lot of Black Belts from other Matial Art such as: Karate, Taekwondo, Kobudo .... with his specialty on the Shaolin Weaponry system.