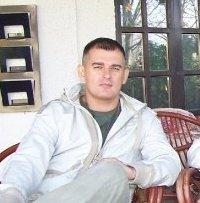 
Master Radojkovic started his training under Master Bob Gabersek as a "colse door stundent "and continued later with GM William Cheung and GM David Cheung . Co-founder of "Traditional Wing Chun Kung Fu Federation of Serbia" and Wing Chun International association. He is one of the most significant persons in Wing Chun history and development in Serbia and sorunding countries. In past decades   he taught couple thousands students , organized hunderds of seminars and public demonstration , awareded by Chinese govermant for his work in popularization of Chinese culture , history and art .He was GM Willam Cheungs represenative for years and now he is represantive of GM David Cheung .He is certified instrructor in Kapap system and representaive for Kapap in Serbia .It is important to note that Master Radojkovic teaching his private students and instructors of his organisation for free and all TWC instructors in Serbia were his students at some point of time .