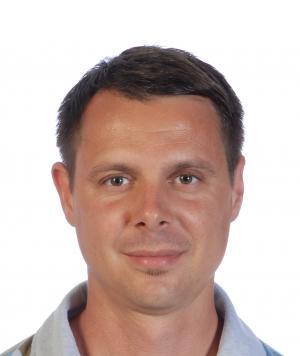 Formal training and intensely under Sifu Lawrence Leung Chee Sing from 1997 - 2004. Upon Sifu Leung's retiring of the school in 2004, continued to expand learning and training by making annual trips to attend and train with Sifu David Peterson abroad. In August of 2008, travelled and became a private live-in student of Sifu Gary Lam receiving an 'Oustanding Level Certification'. Attending the 'Border Incident WSLVT Gathering' in Melbourne, Australia in October 2011 was honoured by Sifu Peterson with an 'Instructor's Shirt'. In October 2012, when attending the 'Worldwide WSLVT Fellowship Gathering' in Malaysia and visiting Hong Kong became the first and only recognized WSLVT organisation in Canada by the Wong Shun Leung Students Association (WSLSA). November 2014 : Receiving Award of Recognintion from the WSLSA in part with the 2014 WSLSA International Seminars Event in Hong Kong.


Dwight Hennings / S3VT Biography Coach Dwight Hennings is a certified WSLVT instructor that has been teaching a semi-private student base since 2006 with modern training methods to develop practitioners in the Wong Shun Leung Ving Tsun (WSLVT) System which are Simple, Direct, and Efficient. He began training in WSLVT under Sifu Lawrence Leung Chee Sing who was one of Wong Shun Leung's earliest and top students, assistant instructors, and seminar tourmates. Starting in March 1997, Dwight trained intensely under Sifu Leung until the school's closing in February 2004 where he continued testing and honing fighting skills through challenge matches, working as security, and the pavement arena.

The passion of learning and training continued by making annual visits to seminars conducted by Sifu David Peterson. One trip in 2008 resulted in being a live-in, private student of Sifu Gary Lam receiving a certificate of Outstanding Level. In 2011, attending the 'Border Incident WSLVT Gathering' in Australia, Sifu David Peterson presented Dwight with an Instructor’s shirt. In October 2012, the passport found its way to Hong Kong and then to Malaysia to participate in the 1st Worldwide Wong Shun Leung Ving Tsun Fellowship Gathering. Upon returning to Hong Kong, Coach Hennings' S3VT: System / Science / Skills Ving Tsun - WSLVT of Toronto, CANADA becoming the first certified member and only school in Canada to date to receive "Recognized Organization Status" by the Wong Shun Leung Students Association (WSLSA).

In 2014, Dwight Hennings was part of the WSLSA Organizational Committee in developing the successful Wong Shun Leung International Seminars Event in Hong Kong with first, second, and third generation practitioners from around the world attending by the hundreds. He had also received the distinguished honour of an Award of Recognition, seated amongst celebrated WSLVT Sifus and delegates during the opening ceremonies, and being a representative spokesperson for WSLVT Second Generation students.

The commitment to diligent training, high skill fighting, and community building has resulted in great successes for S3VT at home and abroad with Coach Hennings’ students competing in full contact tournaments winning several gold medals and results no less than bronze medals.

S3VT continues to grow with its focus maintained on the integrity of the WSLVT System through training and community building within the immediate student base and esteemed peers around the world. Continuing to host its own workshops domestically and with the best of the best the system has produced such as Sifu Gary Lam Man Hog, Sifu John Smith, and Sifu Greg LeBlanc with more scheduled for the upcoming year in Toronto, Canada